Cathays High School is situated in Cardiff and is a mixed-sex, multi-faith school with approximately one thousand pupils. As is the case with many progressive schools, Cathays elects a School Committee made up of one boy and one girl from each class and they meet regularly to air student problems, complaints and suggestions which are passed on to school staff and administrators. One regular and heartfelt complaint from representatives of all age groups is that the boys frequently failed to flush the toilets after they have used them.

Research into ways of remedying this perennial problem led to consideration of Cistermiser’s ‘hands free’ flushing system already in successful use in other schools and colleges.

Mrs. Sue Petryna, Cathays High School’s Site Manager, contacted Cistermiser direct for help and the company immediately sent a team to the school to review the problem at first hand.

The suggestion of using the Cistermiser Easyflush system in the usual ‘wave’ mode, where the user simply passes a hand in front of the infrared sensor to activate a flush was not considered wholly satisfactory. It was felt that the boys might as easily ignore the ‘wave’ as they did a manual flush so the team went back to talk to Cistermiser’s R&D Department which was already investigating other methods of flush activation. 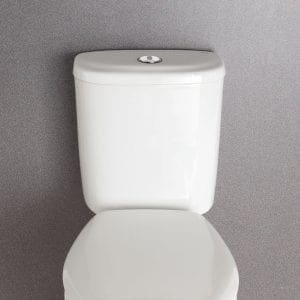 The need was clearly for a flush system that could be activated automatically without any effort on the part of the user and Cistermiser’s answer was the Easyflush system but with ‘walkaway’ operation. Under this new mode of operation a flush is automatically triggered whenever a user gets up or walks away from the toilet – ‘hands free’ flushing. The IR sensors operate on a dual flush system, delivering a part flush if the user leaves within 45 seconds or a full flush it that period is exceeded. The ‘walkaway’ method is simple, hygienic and economical since it restricts water use to a minimum. 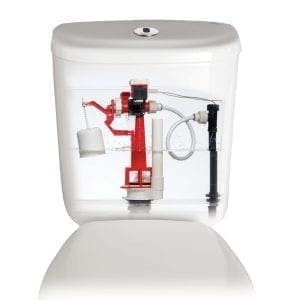 students at Cathays. In addition to setting up the new toilets, the Cistermiser Team also did some education of their own, training the boys to use the system properly [particularly to avoid touching the sensors] and the maintenance staff to take care that the sensors did not become clogged with cleaning materials.

Mrs. Petryna was particularly pleased with the co-operation and personal service from Cistermiser from the initial contact to the project’s completion. The Easyflush toilets have now been in operation for quite some time and she is delighted with the result: clean toilets and no student complaints.